Even The Bathrooms Are Magical

One of my favorite newly constructed themed areas is the Rapunzel themed area in New Fantasyland inside the Magic Kingdom.

The tower itself has been up for awhile, peeking out from atop the construction wall. When it was revealed, guests literally were immersed in the Tangled village, dancing among the lanterned village “shops”. 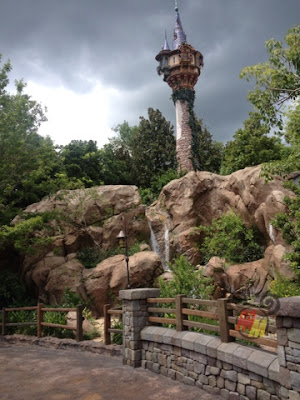 When I took this shot a storm was about to come through. The clouds look awesome don’t they? 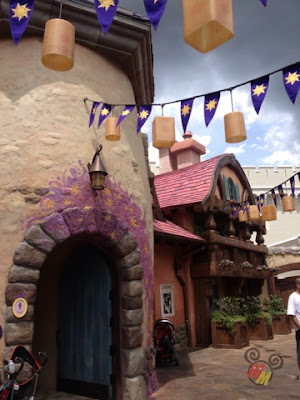 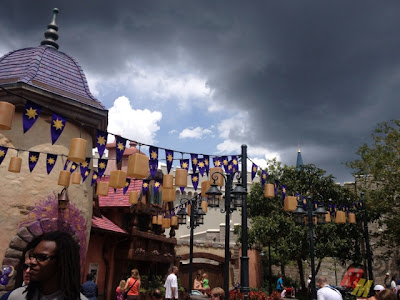 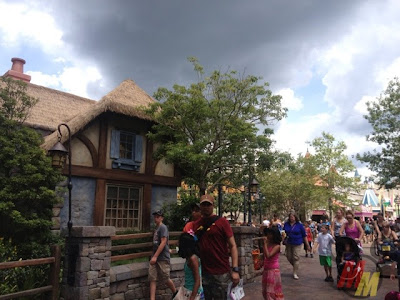 And behind the clouds, you can see the new pathway – this leads off to Small World just ahead.

I love that there are now two pathways into New Orleans Square, one to the left for Hall of Presidents, and to the right? Haunted Mansion! It makes this ride so much more accessible! 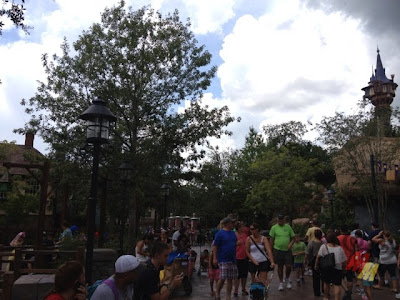 Back to Rapunzel… Even the walls to the bathrooms are painted just as Rapunzel would have painted them. 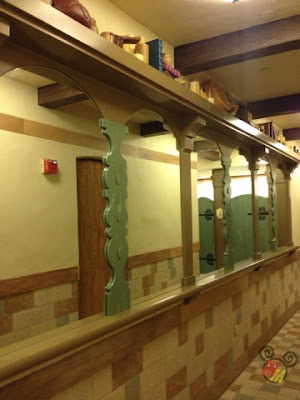 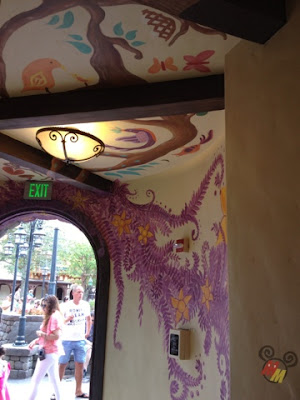 Truly, Disney has left no stone unturned when it comes to imagineering this space.

On to my favorite part of the new addition. As a blogger for both Mission: Mouse as well as a writer in other aspects, I take a TON of pictures. At last check there were over 2,600 photos on my phone, let alone on other sources. So what’s my point? Pictures take a lot of juice as far as power goes. It was VERY common for me to take a power cord with me and spend an extra 2 minutes in any bathroom I could, blaming my lengthy amount of time on the kids, or sitting as close as humanly possible to any outlet I could find to grab up a power-10 minutes of charging at a time.

And then, some wonderful imagineer must have seen me in the bathroom, plugged in while my Mickey Ear was melting, because lo and behold, the waiting area outside has benches! And wall plugs! An USB ports!! Great Googly Moogly! 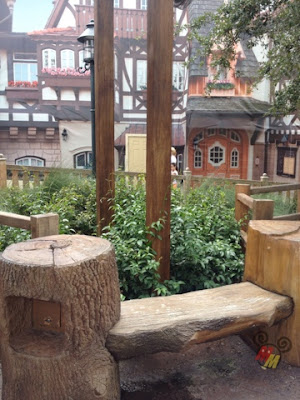 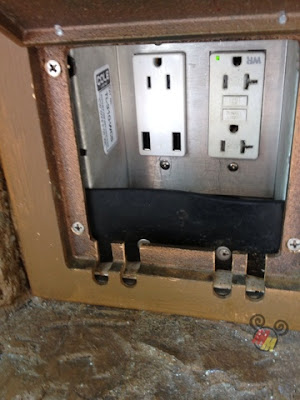 Well I don’t know about you, but I am thrilled about this space! Well done, Disney!

Construction, In The Parks, Magic Kingdom, News, Rapunzel Tangled Bathrooms
Still Working On The Railroad: Construction News
Service at Be Our Guest