August 8, 2014 Written by Toontown
It’s a beautiful morning in the middle of the ocean. We’re on Day 2 of our 3-Night Bahamian (kid-free!) cruise. I am the early riser of the family, so I got up to check out the view.  At this point, it’s about 5:30 in the morning and we aren’t near a dock. I’m going to let the pictures do most of the talking today. They can say a lot more than I can!

Before we departed for Nassau, we decided to have breakfast in Cabana’s. Cabana’s is a breakfast and lunch food bar with typical breakfast fare; Mickey waffles, bacon, eggs, assorted pastries, fresh fruits, cereals. Gary’s favorite? Eggs Benedict. By far the best Eggs Benedict he’s ever had, and in fact, we went back every single morning for them! 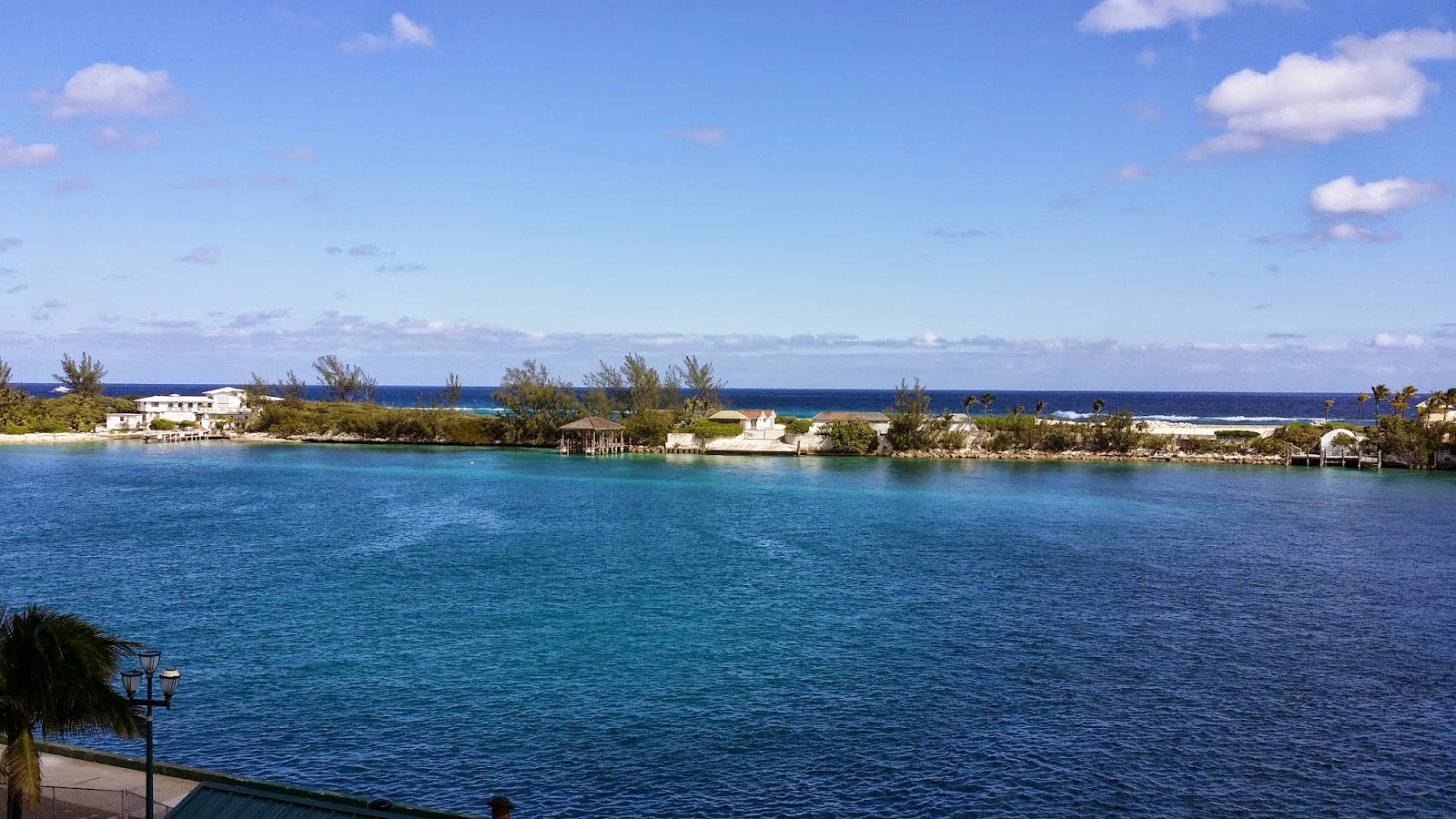 You’ll need to scan your Key To The World card when each time you come into or depart from the ship.

Once you step off the ship, if you’re taking an excursion or tour that designates the meeting area, there will be someone to meet you on the sidewalk.

Once you step onto official Nassau soil, you’ll see a yellow building. You’ll walk through this building toward the straw market, and right at the metal fencing area, you can find cabs waiting to take you to wherever you’d like to go. Note: they’re not new. You probably think they’re unsafe. But they’ll get you where you want to go. 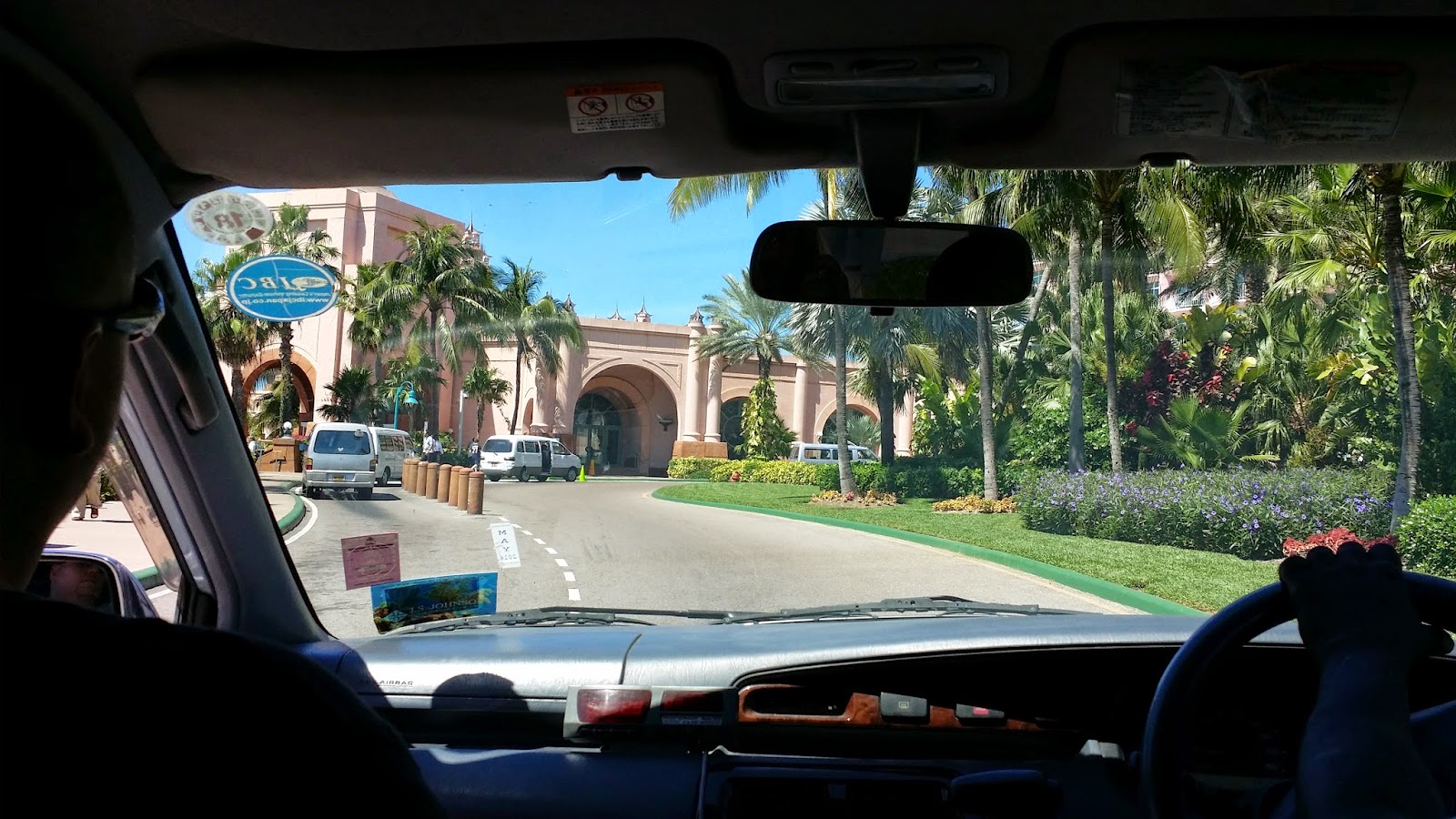 We hailed a cab for $4 per person, and shared it (minivan cab) with three others. If you’re by yourself they will make you wait until they have enough other folks to make it worth their while to transport you. We found it interesting that in Nassau, you’ll have what would be considered a poor home right next to a gated home ten times the size of the one sparsely appointed home next to it, with lush grounds, landscaping, and expensive cars in the drive. Our cab driver said it was very normal there to dee such diversity.

On to Atlantis! We opted to do a day tour on our own. We were able to walk through the shops, casino, and grounds with no trouble. 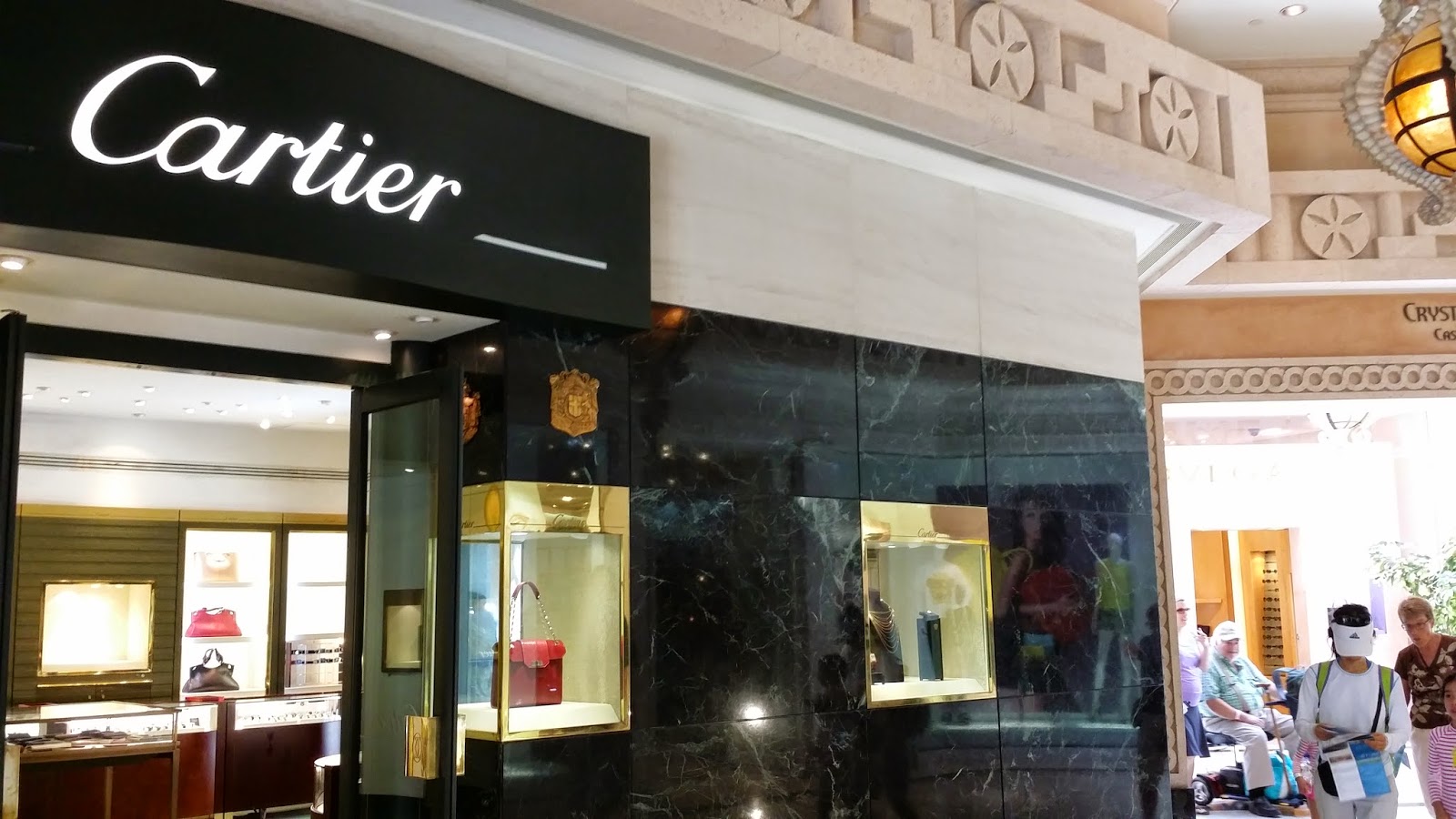 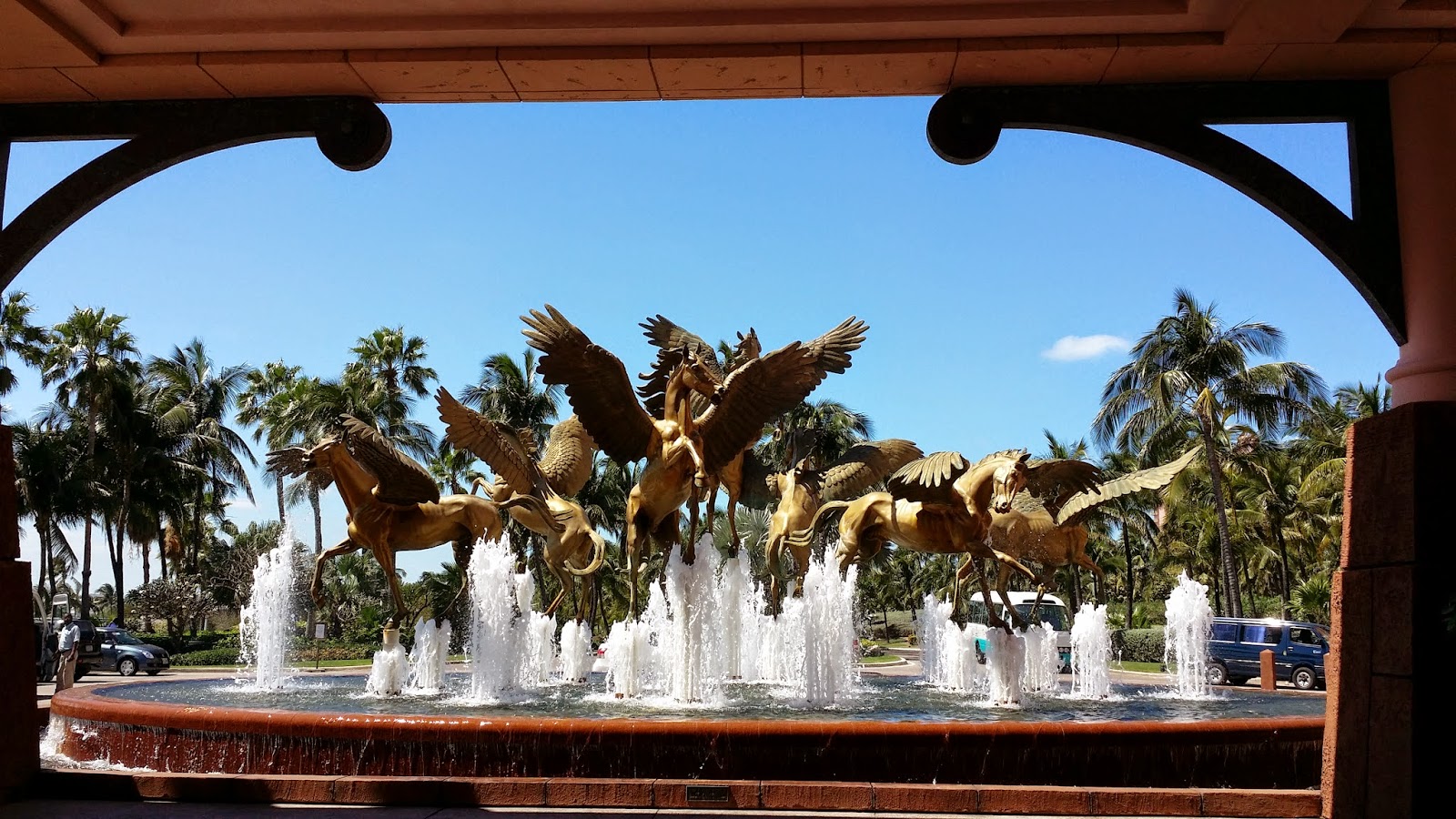 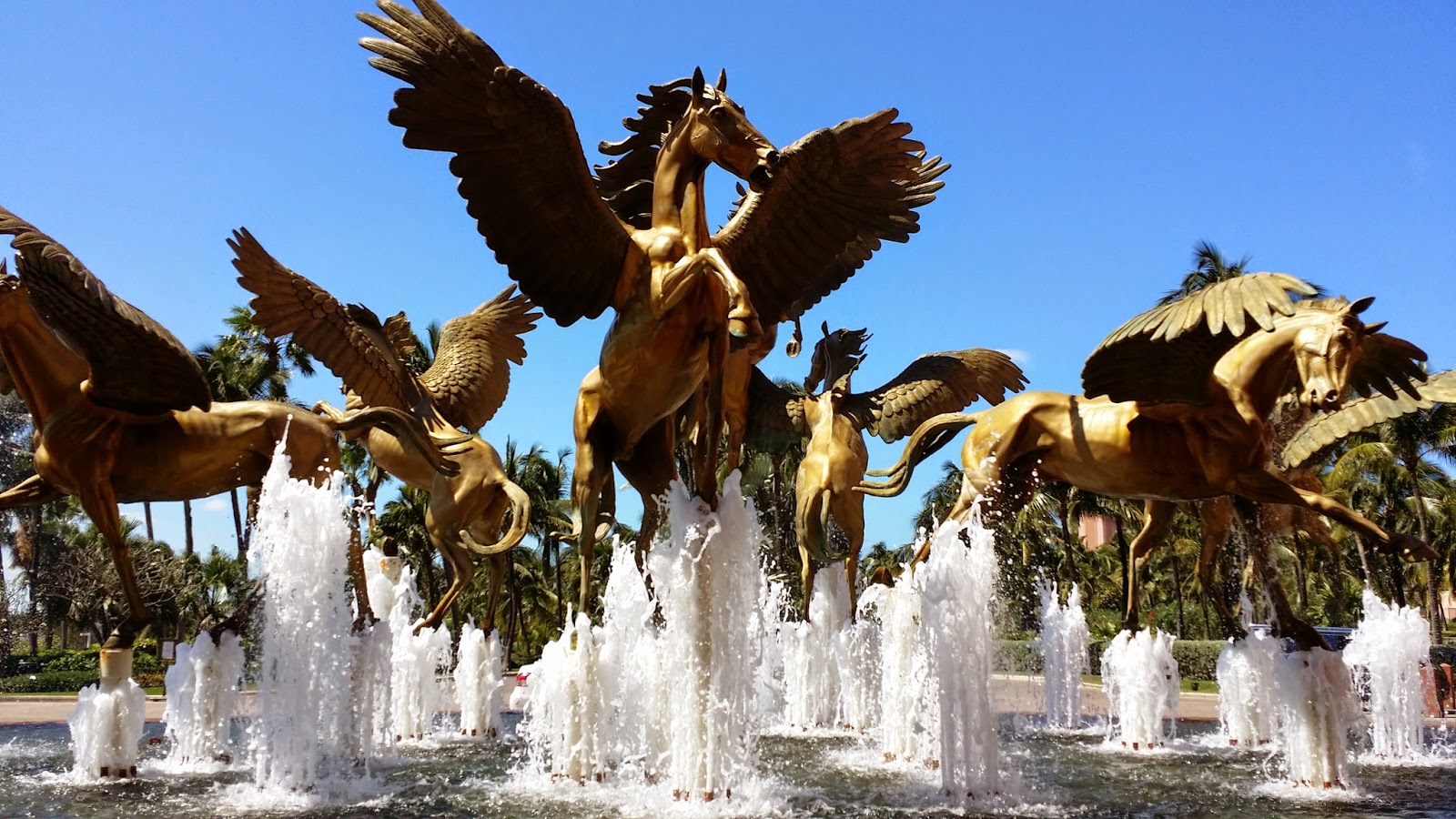 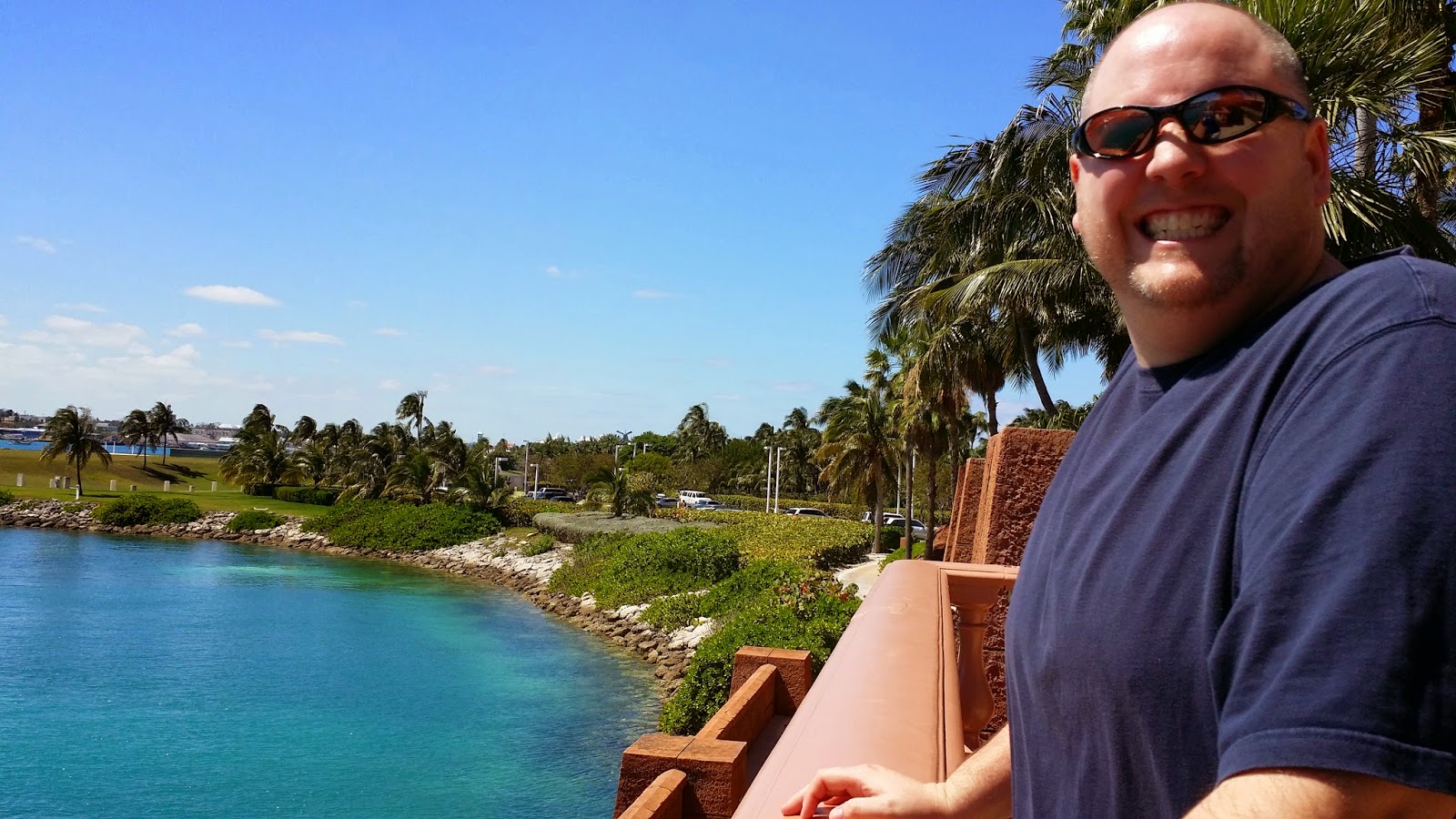 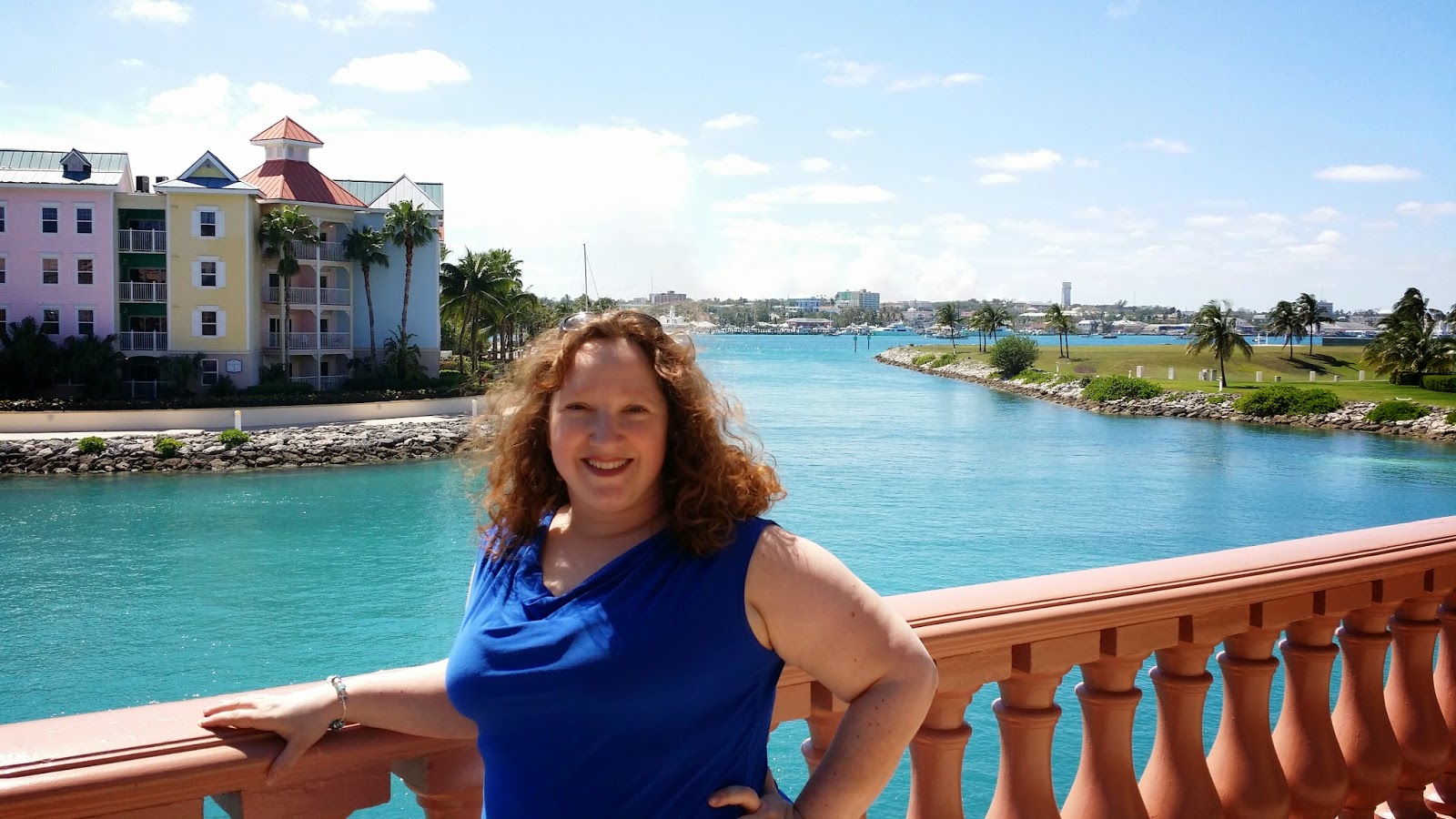 We walked. We strolled. Honestly? We enjoyed being husband and wife! We talked about our kids, our dreams, our plans for the agency, things we were seeing on site, what we liked about the ship, things we’d noticed… lots of things you don’t get to do everyday during your normal hustle and bustle. We also stopped in the casino and spent $20 on penny slots, just because.

We hailed a cab back to the Straw Market so we could walk around and do some more sightseeing. Also, Gary was on the hunt for some authentic jerk chicken. In the straw market, you’ll find a ton of souvenir shops. Most of them have something that they will personalize for you to commemorate your trip. For our daughter, we etched her name into a conch shell. For our son, we bought him a bongo drum, which also had his name on it.

We also picked up another souvenir for my mother who was (hee hee) taking our kids to school while we were on our trip! Inside the yellow building, you’ll find more souvenir shops. We bought my mother a hand-painted rum bottle with Bahamian sand inside the bottle, and Bahamian money on the outside.

Once onboard, we found our friends and enjoyed quite awhile, just resting on the deck.

Is it lunch time yet? On to board the ship and have lunch at Cabana’s!  All you can eat cocktail shrimp, seafood, vegetables, meats. We sat outside on the deck. It was not at all crowded, as most guests were still wrapping up their excursions. 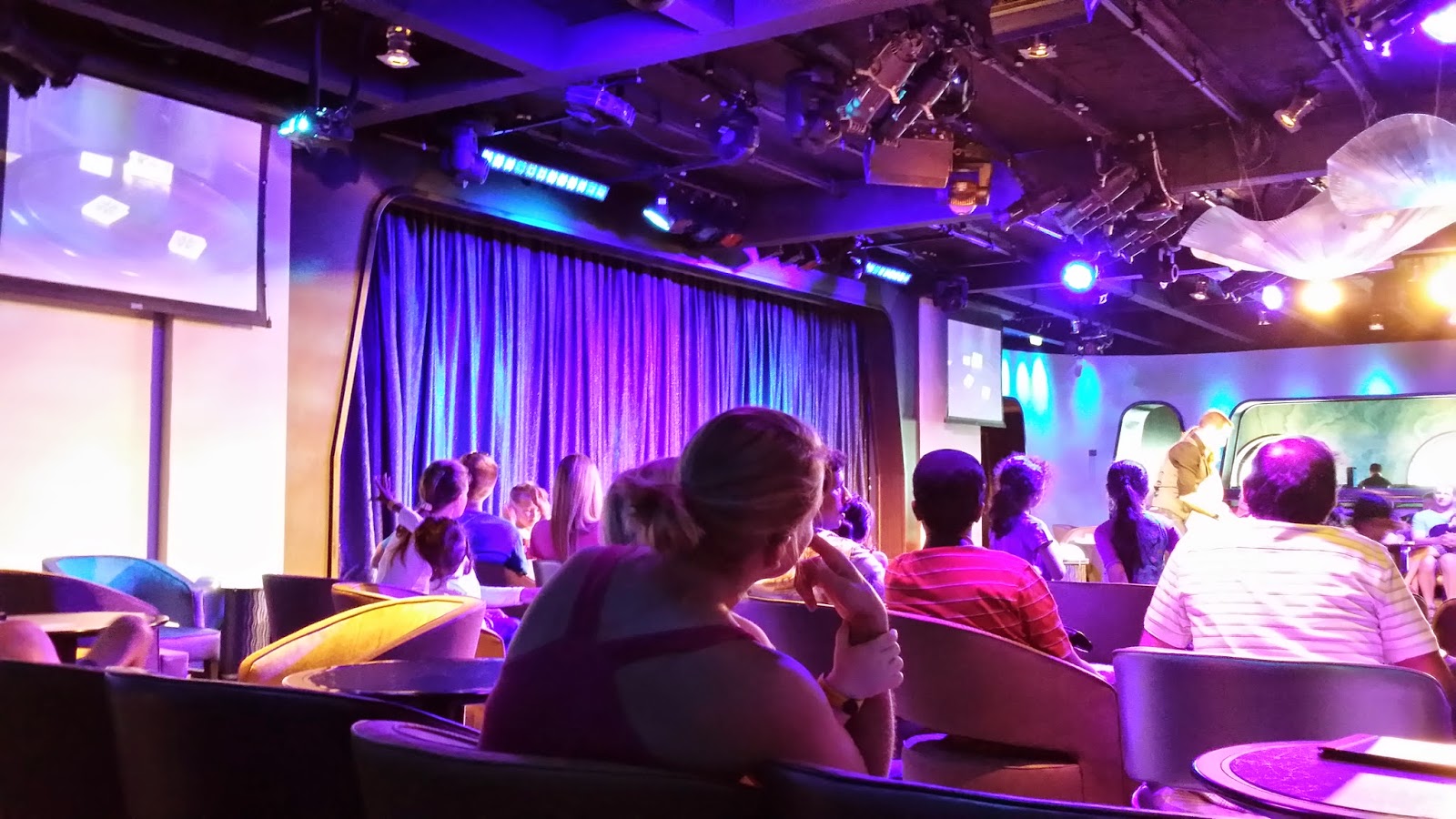 We caught the magician onboard doing his magic show. And then look who we found just roaming the ship, looking for shipmates? Pirate Mickey! (A note about characters: They were out and there were hardly any lines for them. You could meet Donald Duck, Pluto, Minnie, Chip & Dale, Goofy, Captain Jack Sparrow, Captain Hook, Multiple princesses (Cinderella, Aurora, Belle), Daisy Duck, Captain America, Princess Tiana, and Pirate Stitch! 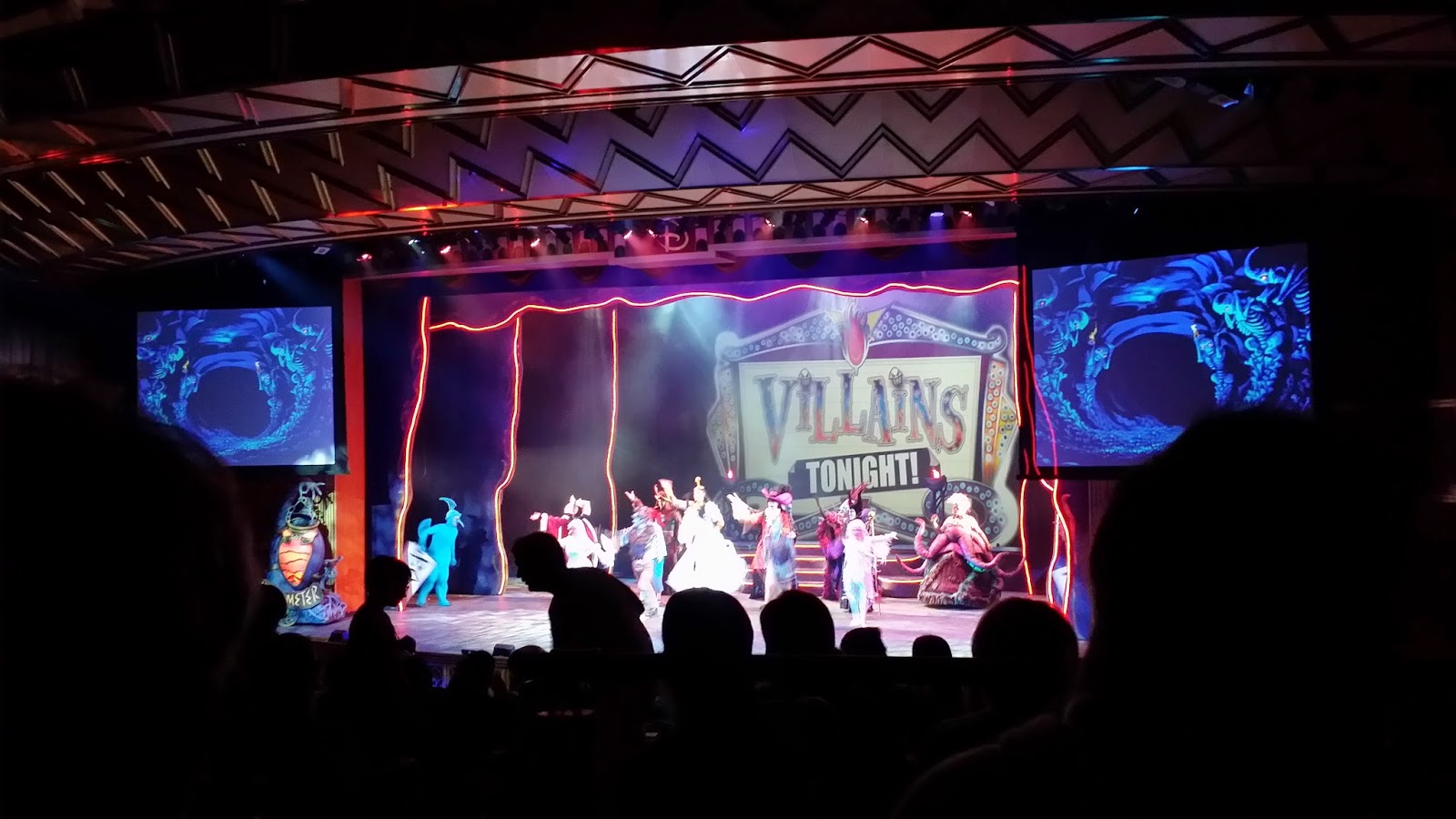 Then, it was on to a completely DIFFERENT Broadway-style show, Villains Tonight. Back to our room to change for supper, and we find this towel art. At first I thought it was a turkey. (Doesn’t it look like a turkey? Ready for Thanksgiving supper?) Well, it was not a turkey, it was a monkey.  This is why I’m the agent and not the towel artist. 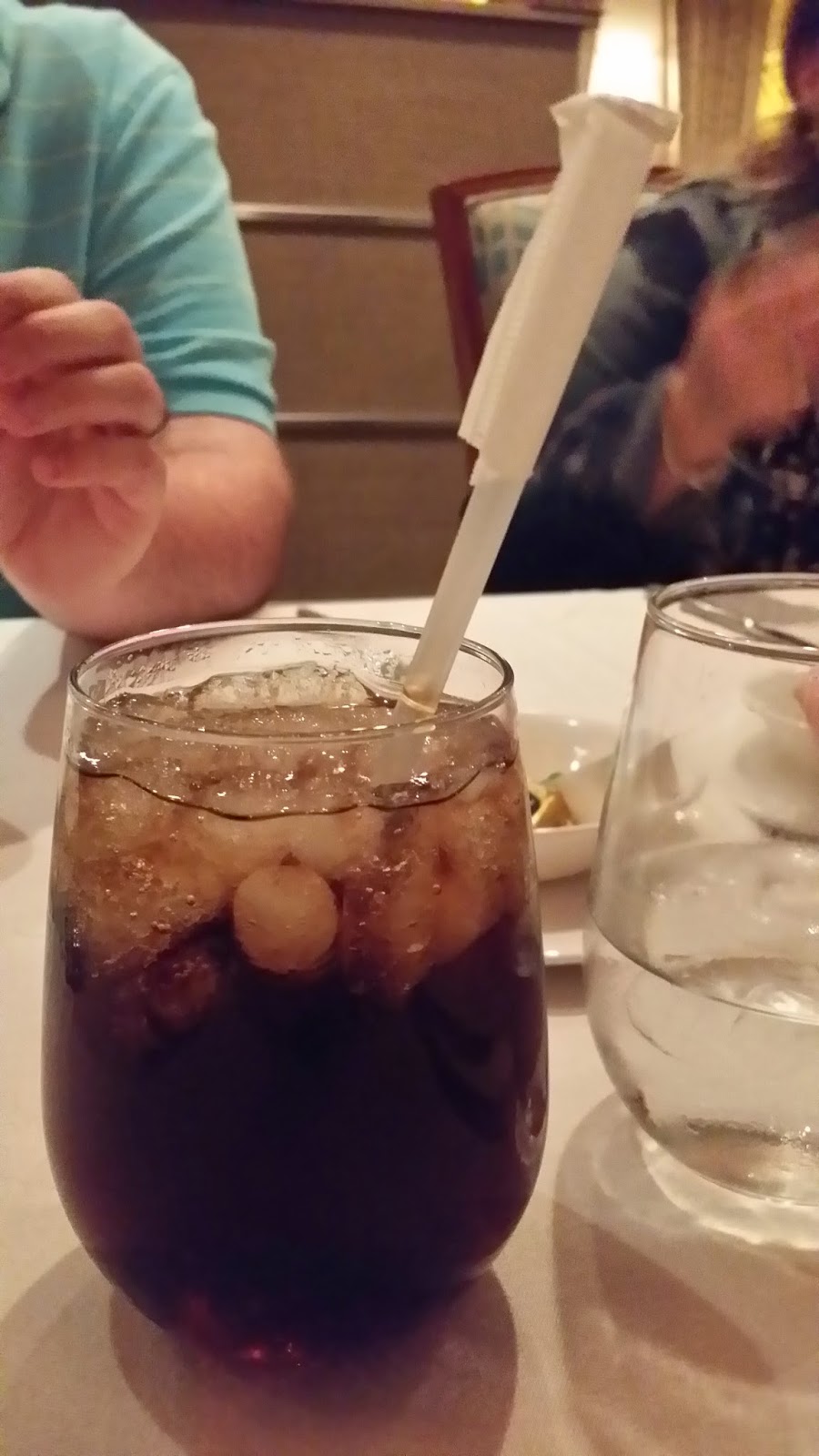 Tonight was Lumiere’s Restaurant, a wonderful french cuisine. You remember how I said your servers stay with you and get to know you? Before we’d even sat down, our servers saw us coming and had drinks waiting for us. They remembered what we’d ordered from the night before. Craziness! 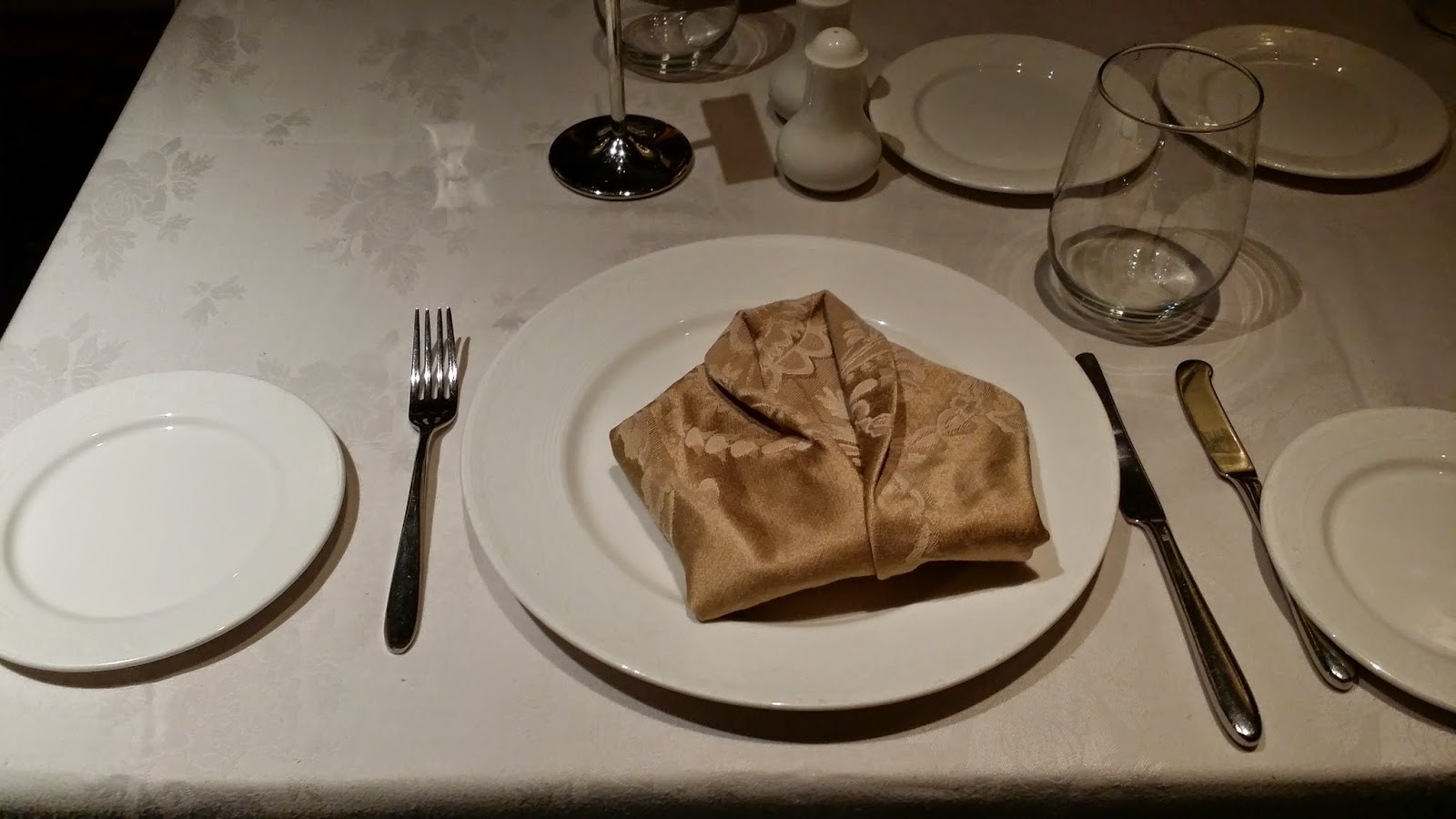 I forgot to take a picture of the menu (I was flabbergasted by my drink and napkin, what can I say?), but here were out options: 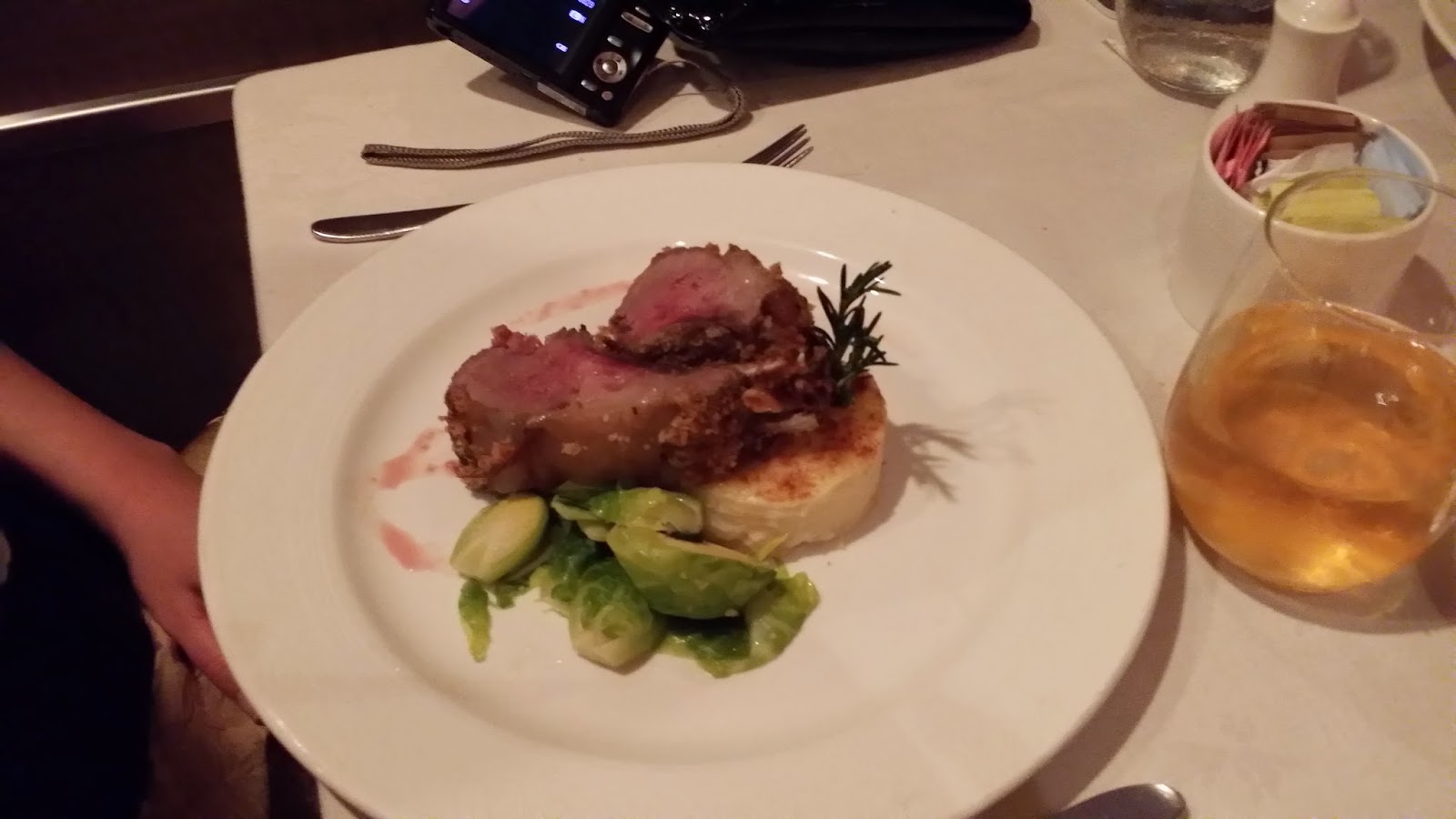 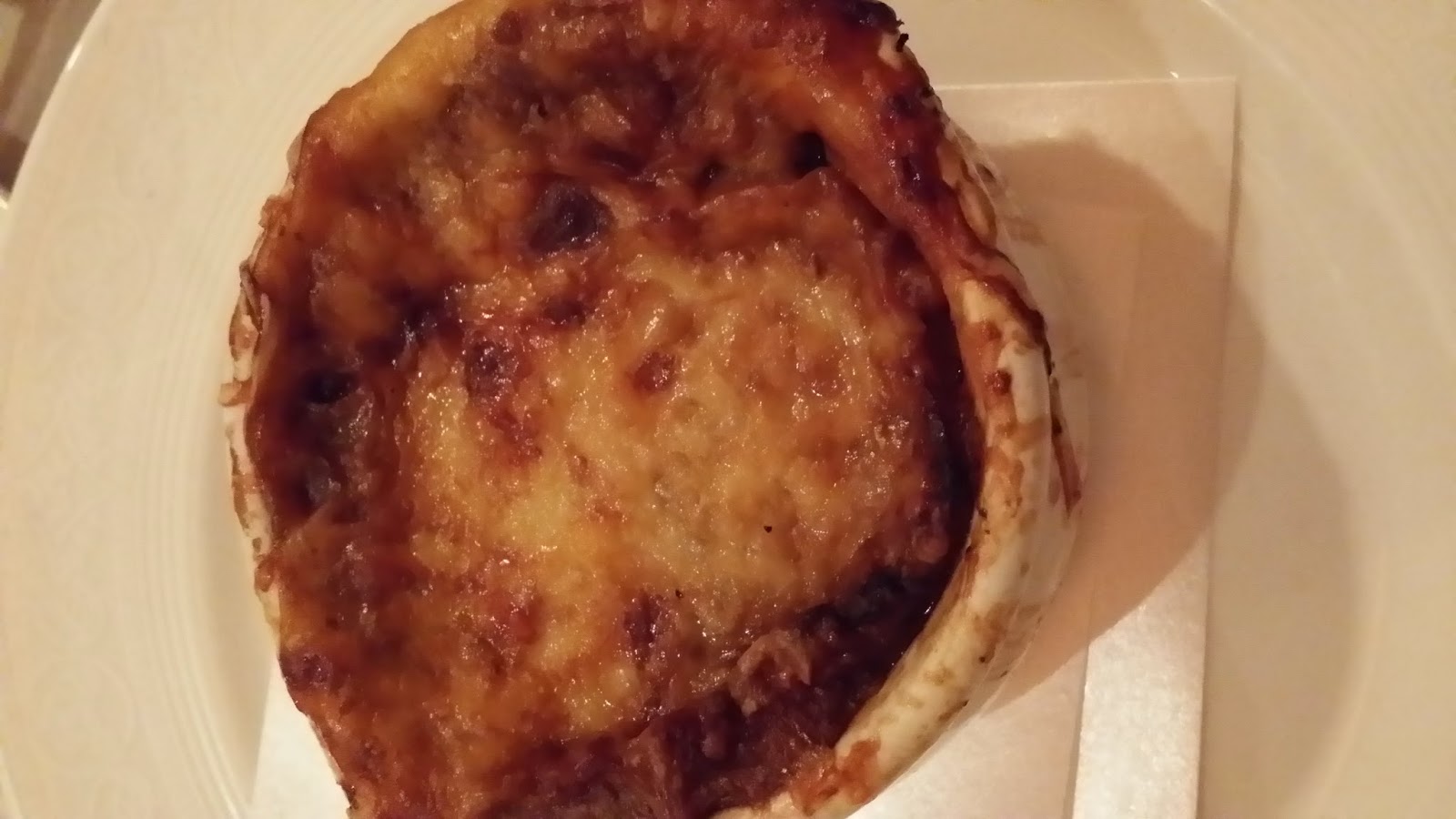 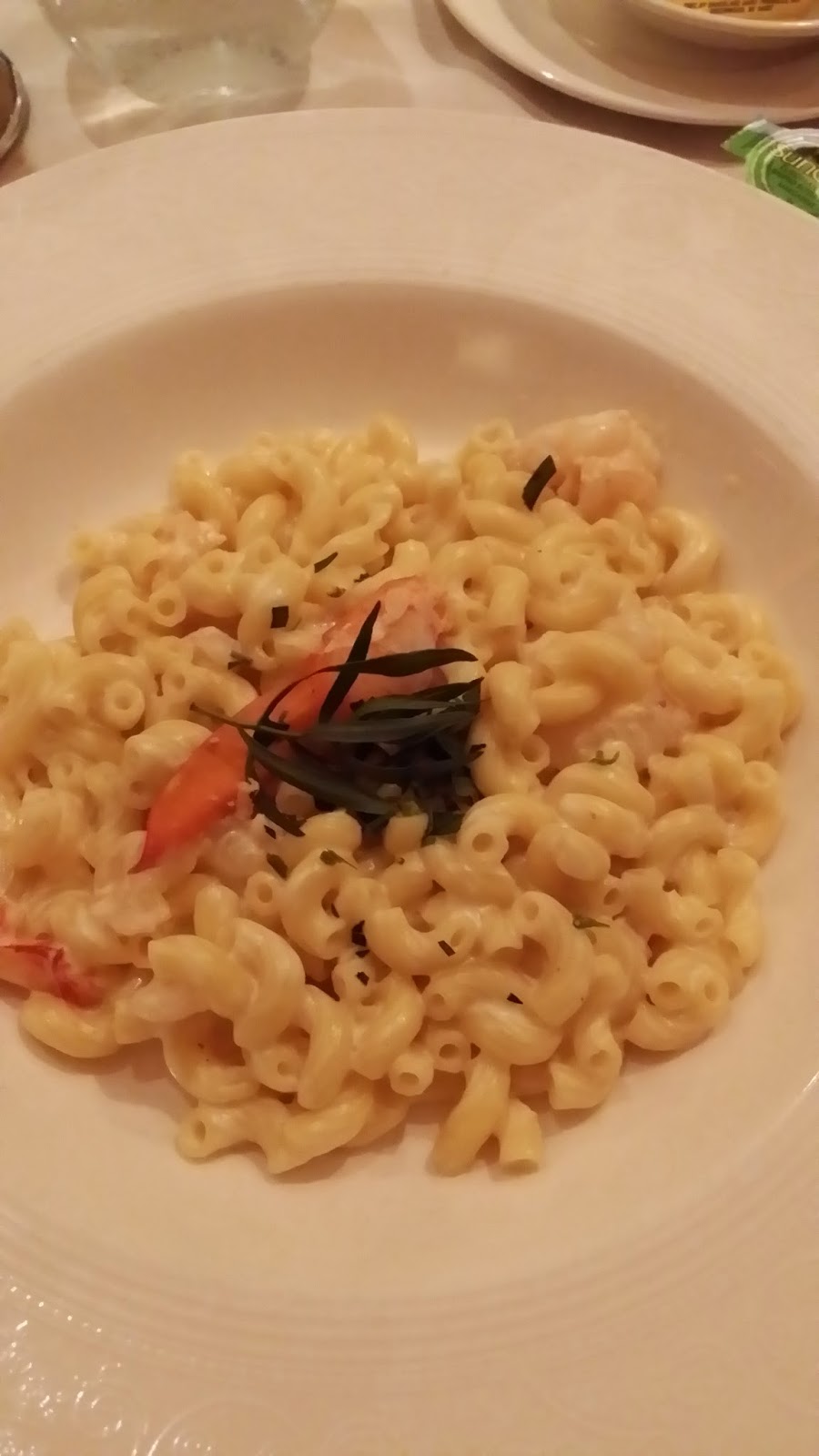 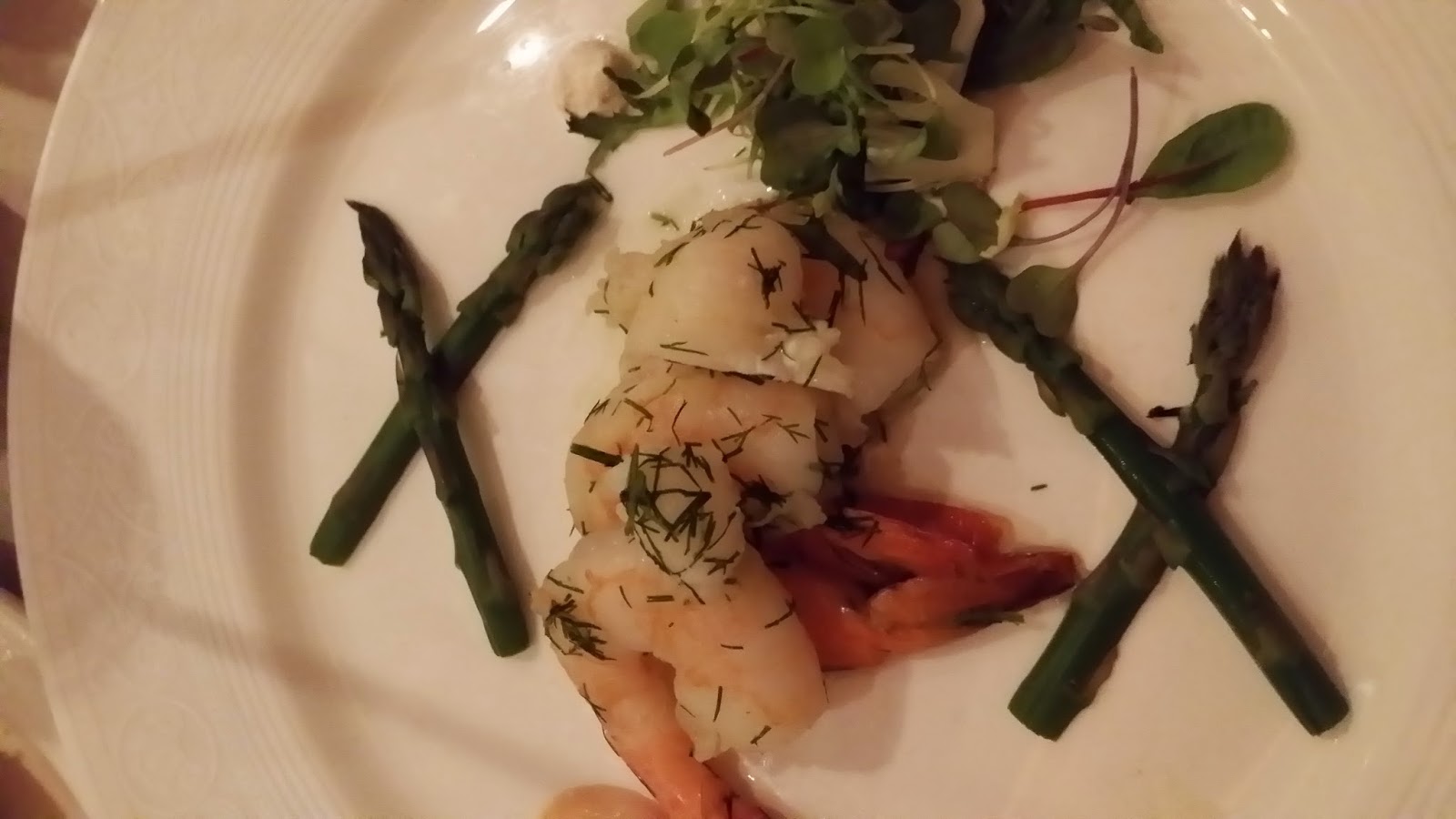 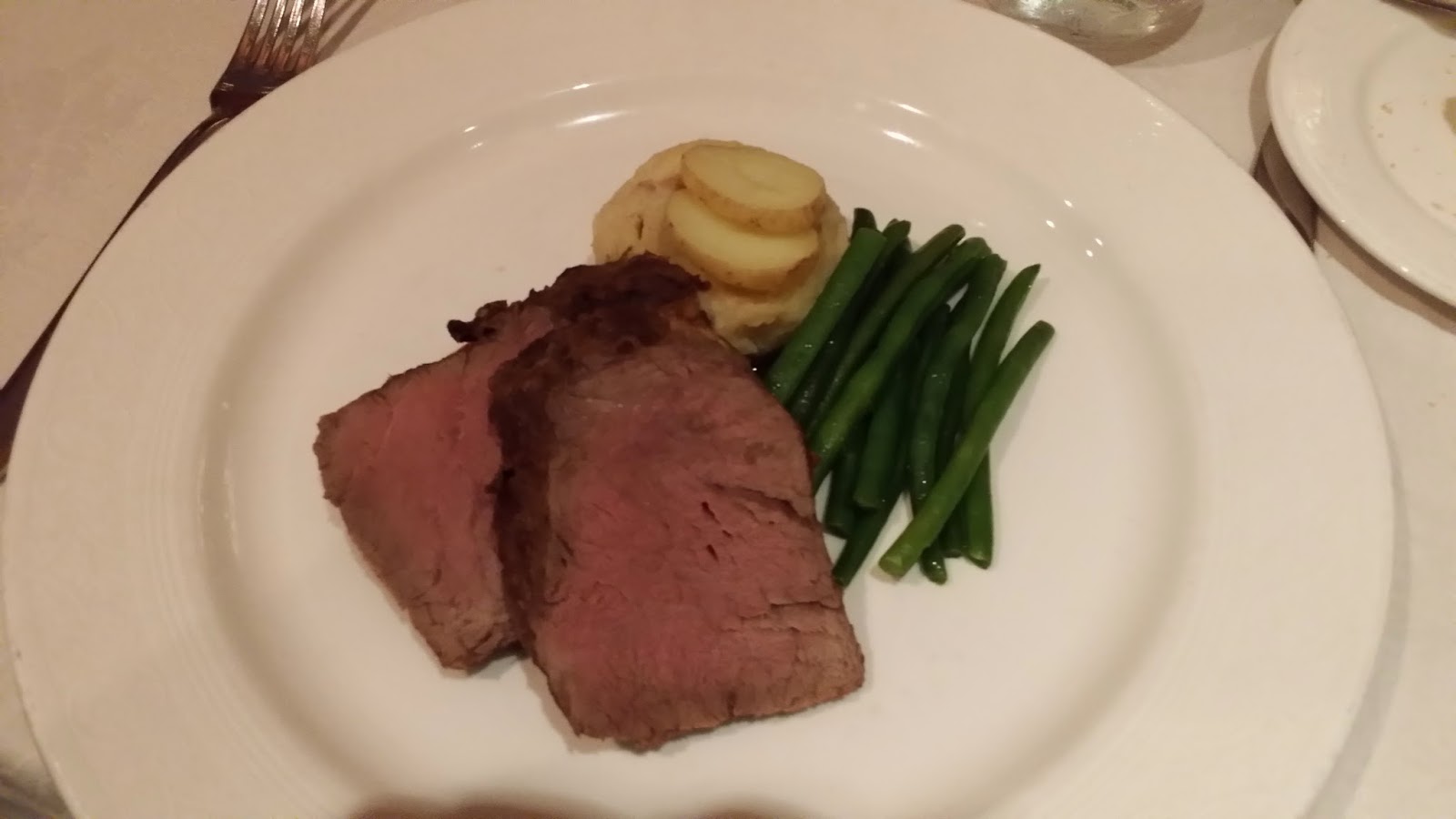 For dessert, our options were: Dessert

After supper, our servers handed each of us a pirate bandana for the Pirate Party later that night!

At the end of the party is a huge fireworks show! We could actually see several ships off in the distance. They stop in the middle of the ocean to watch OUR fireworks show. How neat is that? We are such trailblazers! 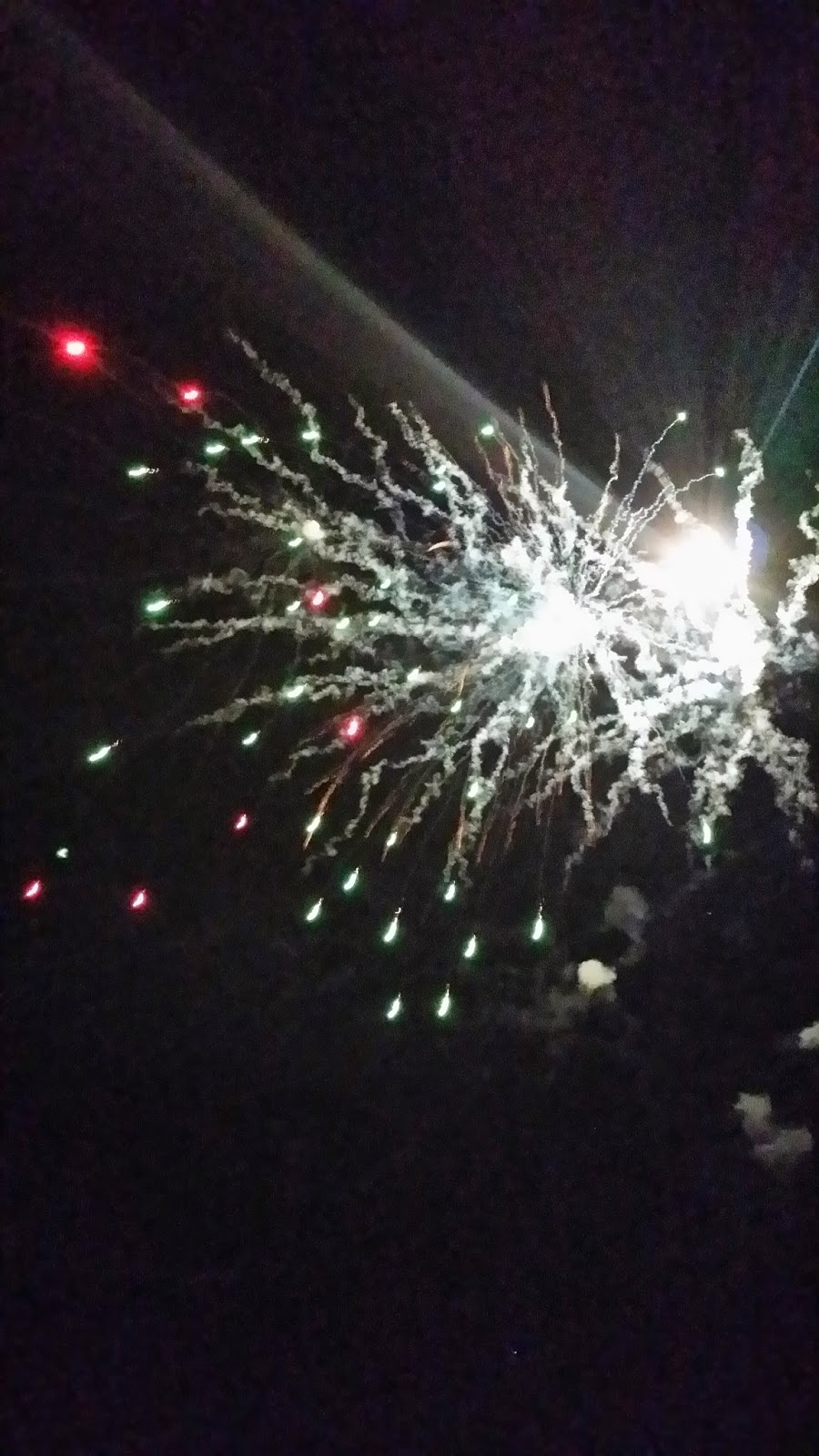 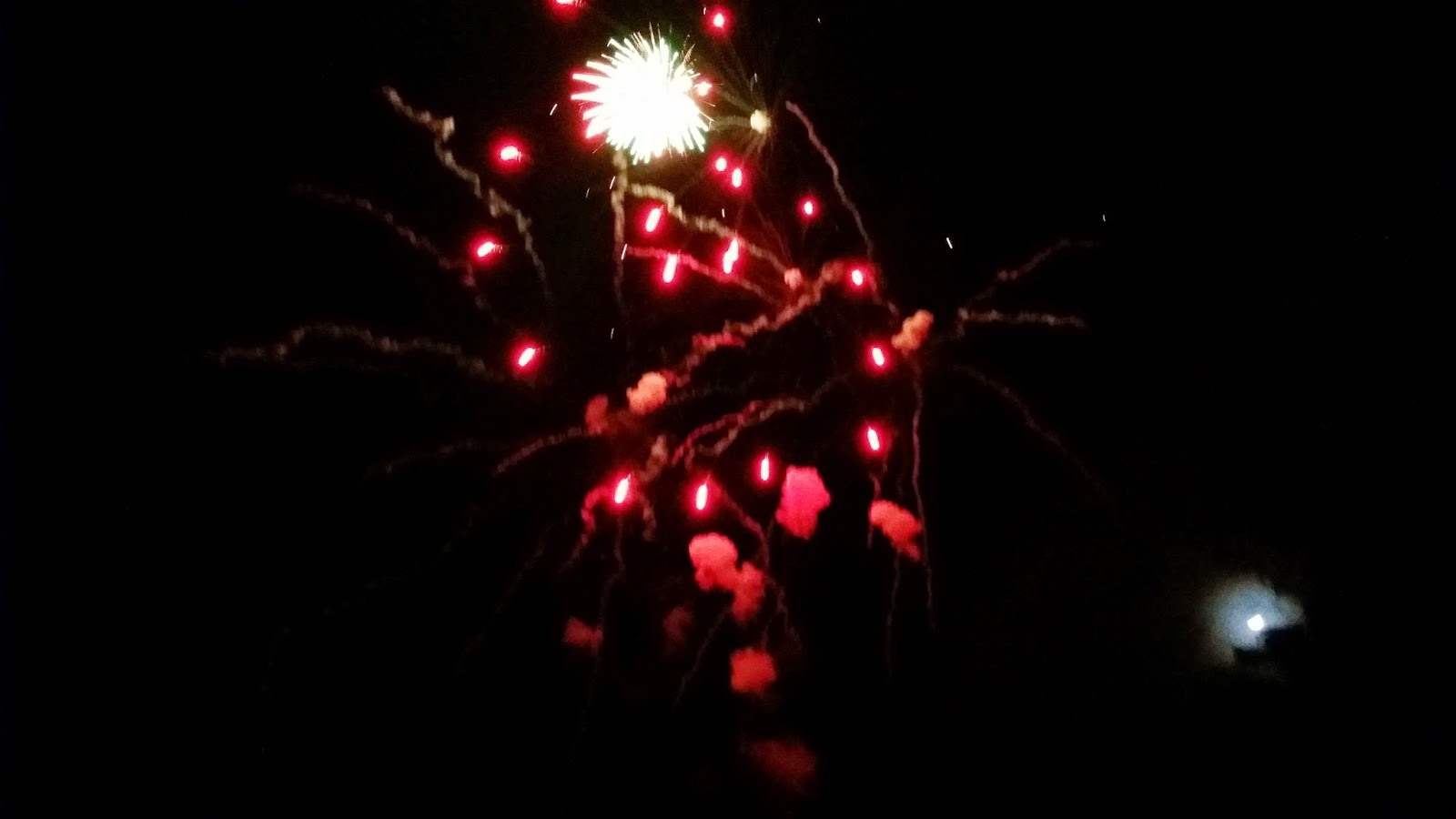 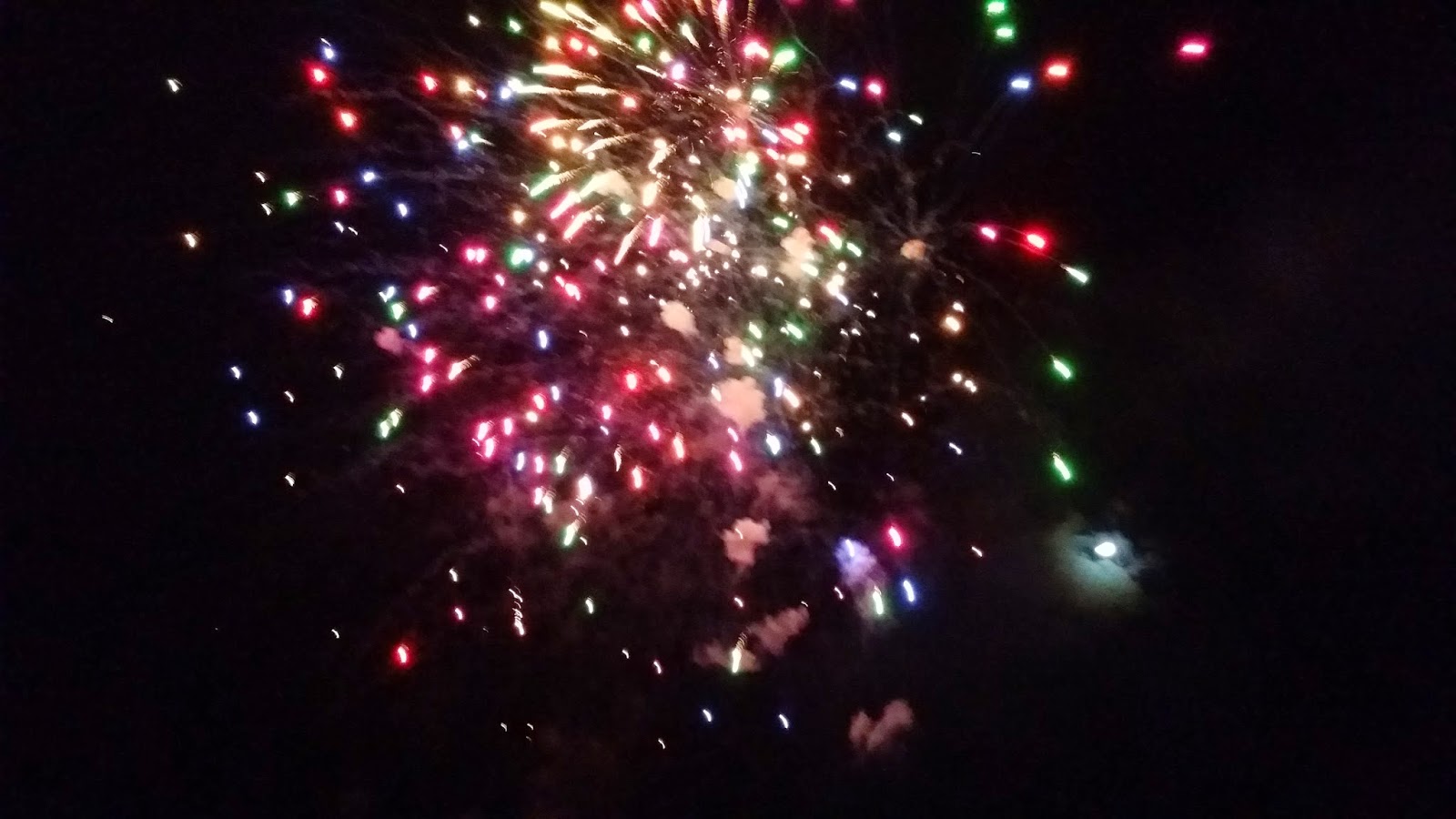 Disney Cruise Line, Just For Grown-ups, The Disney Magic
Magic Band Testing Dates for MyMagic+
What Is A Fish Extender?